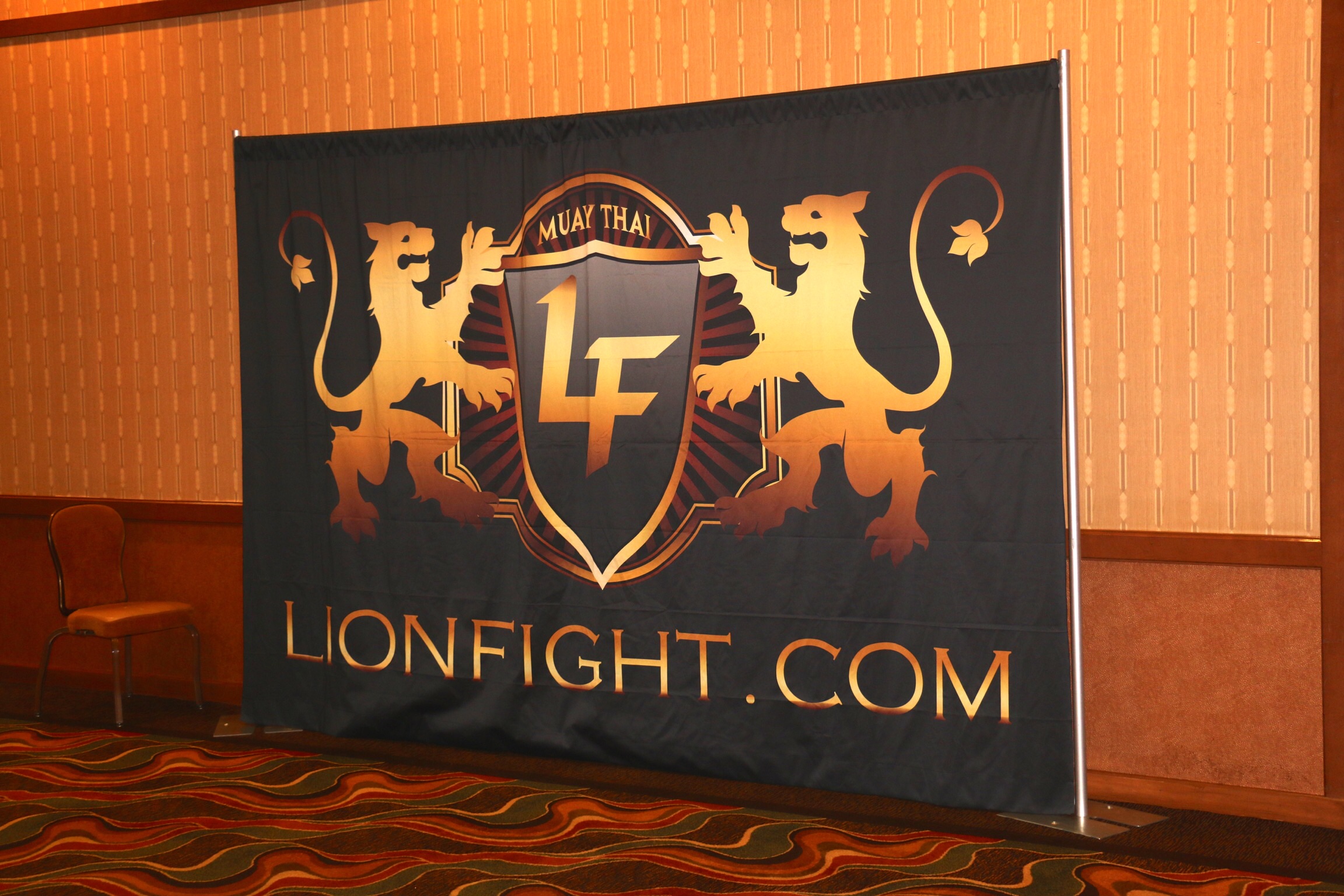 I’m not the one to talk about who I know, where I’ve been, and what I do but my short trip to California was great.  Not only did I get to see my family, some friends and my trainer, I was able to train in Krabi Krabong and do a seminar by 10x World Champion John Wayne Parr.  Better yet, I was able to see a Living Legend fight at Lion Fight 25 at Pechanga Resort and Casino. (Thanks to my wife for letting me go without the family but I told her when I came back, next time I go to California, it’ll be all business – training, watching live professional fights and short visits to friends and family).

It’s been a while since I’ve actually watched good professional Muay Thai fights (Muay Thai in America show back in December 2012).  To be in the ballroom with the ring in the middle, the lights, the screaming, the smell of Thai Liniment and all the “tough” guys, it was a fun experience I have been lacking living in Virginia.  Even though I do ref good MMA and Muay Thai fights, watching it live with all the trainers and fighters standing around is a different experience.

What I enjoy most about going to fights, are the people.  The guys that scream “elbow” or “know him out” or better yet – “choke him out” (yes – at a Muay Thai fight) I just shook my head and laugh to myself.

The best part was not just the fights; legendary fighters of the UFC and current professional fighters came out to meet and greet.  I was excited to meet Former UFC Champion Pat Miletich, I enjoyed watching him and his team be successful before the UFC became mainstream. Cyborg made me look tiny.  Josh Barnett was hanging out in the back with TUF fighters Jessamyn Duke and Shayna Baszler.  I enjoyed watching the TUF Season with Rhonda Rousey and Meisha Tate.

Shayna Baszler asked me if she was a Bia-tch on TV because she said the cameras made her out to be the bad girl.  I told her no, and thought she was fun to watch.

I met 10x World Champion John Wayne Parr after his fight. Even with cuts on his face and a loss to his record, he took the time to shake my hand and pose for a picture as doctors were trying to check him.  I met his opponent Cosmo Alexandre after the fight as well, he was kind of enough to thank fans and pose for pictures – with a broken nose!  I also met “The Voice” Michael Schiavello who was super energetic and more than willing to take pictures.  Another fighter I admire and ran into was Baxter “The One Armed Bandit” Humby.  For those who don’t know him, he is a Canadian Kickboxer and is the only man in the world to win world titles with only one hand.  I remember watching him when I lived in California so 15 years later I finally got to meet him and he took a picture with me hitting me in my face with his stub!

Lion Fight 25 was amazing! I posted a picture with a collage of fighters I met on Facebook, the CEO of Lion Fights Scott Kent shared it on social media which I think it’s great that an owner actually pays attention to what fans say about his promotion!

Would I do it again when there are top fighters on the card?  Absolutely!  Lion Fight was a great experience!