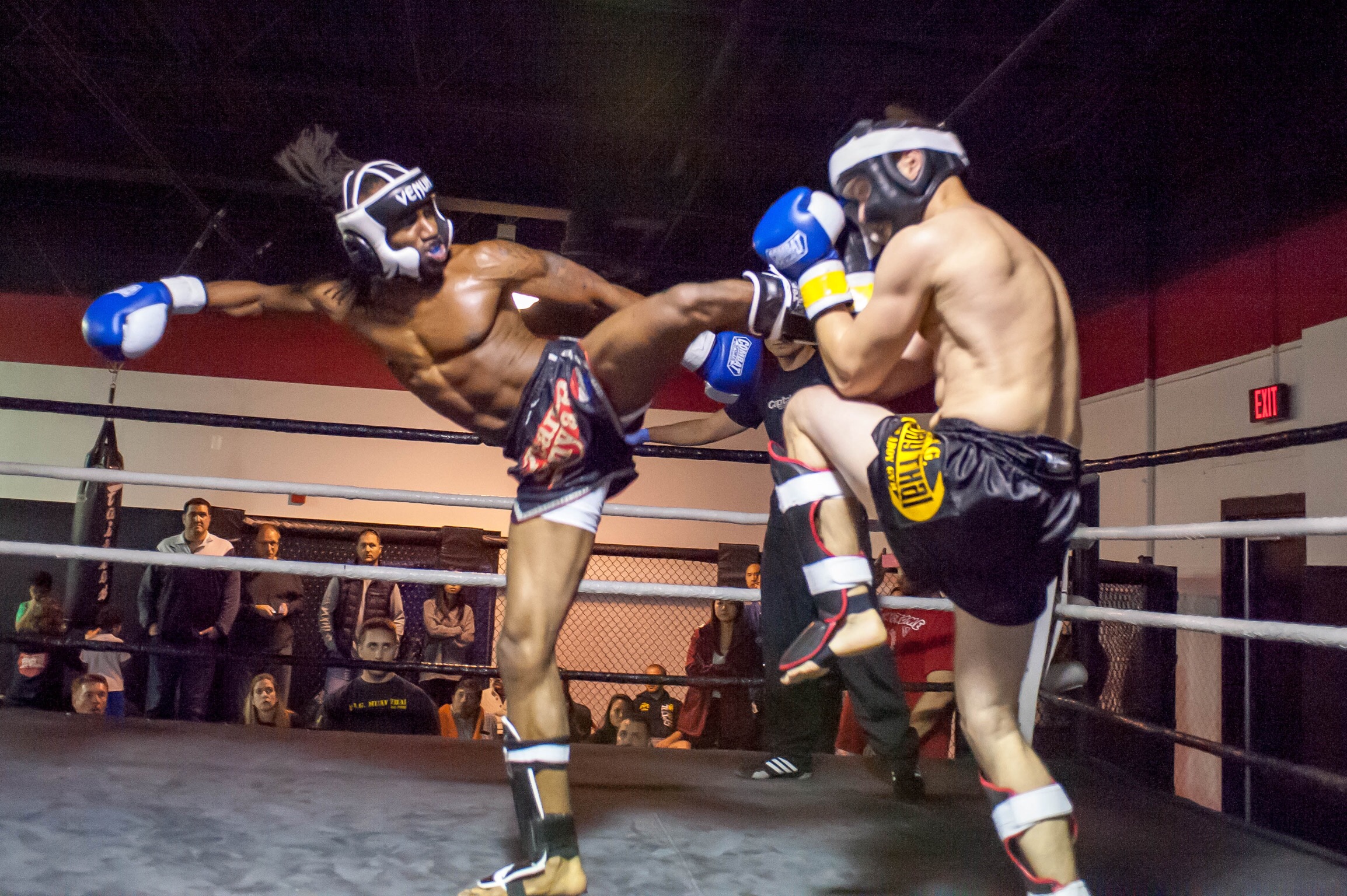 Loudoun County hosted their local smoker fights on November 21, 2015 for the first time this year.  They have been doing a great job of bringing local schools together and evenly matching Loudoun fighters.  T.A.G. Muay Thai had four students that competed at this event and they all performed like they do in training!

A couple of changes for this event – if you didn’t want to wear headgear, you had to wear 18oz gloves; if you wore headgear, you could wear 14 or 16oz gloves; they had judges but no winners or losers and Loudon fighters still weighed in a couple of hours before the event.

T.A.G. Muay Thai students have been doing a great job working with one another the past couple of months.  The event was designed to give Loudoun fighters an opportunity to improve. Next time, we will work more Freestyle Thai Pads and switch holding low and high to off-balance an opponent in preparation.  I assigned two coaches to help with the students fighting and one of our GCA certified students helped with judging.  Anything the fighters needed before they fought, the coaches were up to the challenge and were responsible for making sure T.A.G. Muay Thai fighters had everything they needed.[metaslider id=1545]

As an instructor, I listened to a couple of podcasts and talked to numerous coaches on how they effectively coach between rounds.

One thing I tried that I found effective was the first 20 seconds is to calm and relax the fighter so they can pay attention to specific instructions for the next 40 seconds.  Instead of telling them what is working and NOT working, I just tell them what’s working and use more effective descriptions on what to do to create openings. One of the trainers I talked to said when you mention negative thoughts during the break, the fighter only remembers the negative and not focus on what needs to be done.

Capital MMA has done a great job hosting smoker fights for Loudoun fighters. The experience and exposure from this local event has better prepared T.A.G. Muay Thai students for upcoming sanctioned fights. As always, thanks to Capital MMA for all that they do to help the East Coast Stand Up!