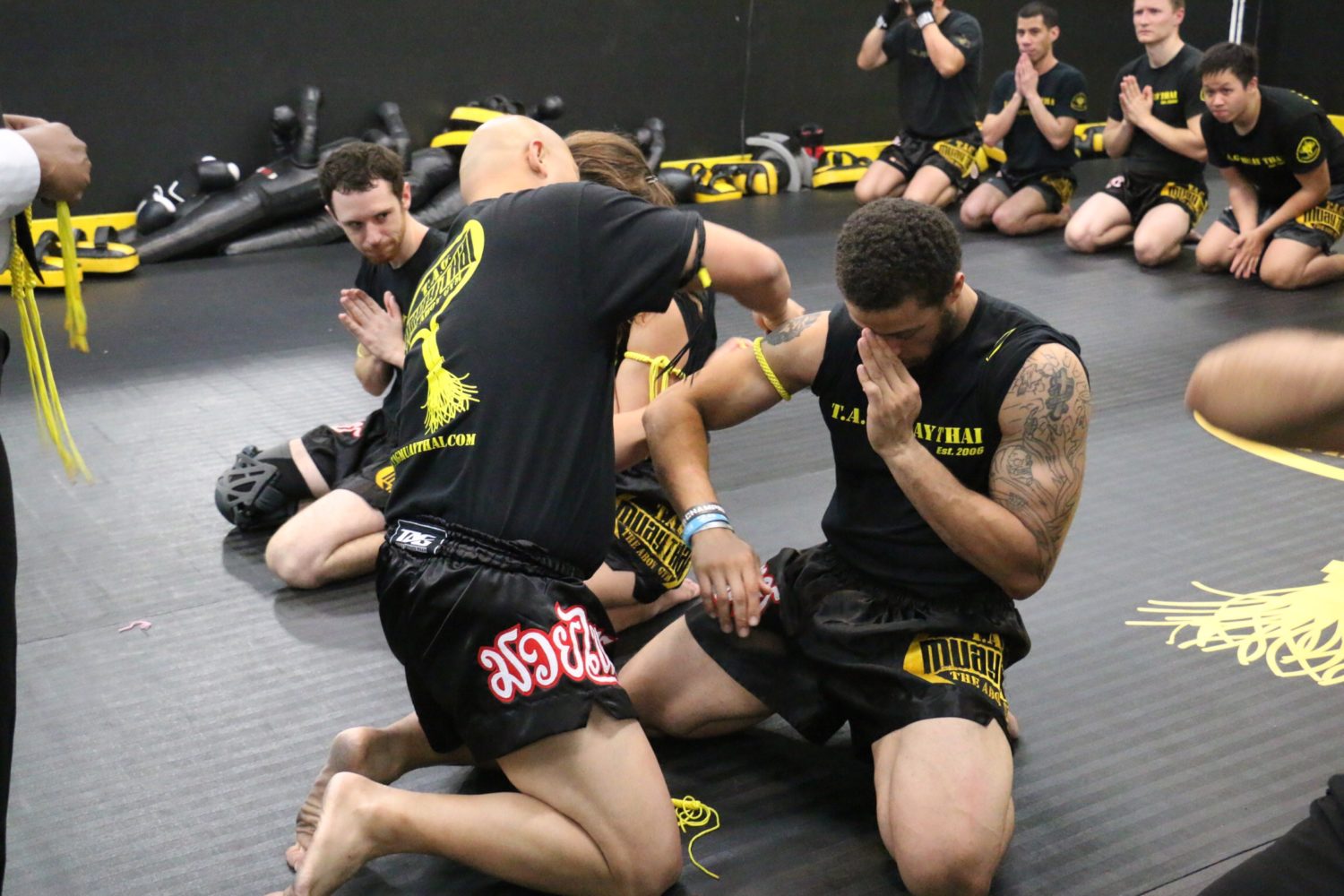 Muay Thai Kru: What does it mean to be a Kru?

What is a Muay Thai Kru?

In Thai, the literal meaning of Kru is teacher or instructor. A Muay Thai Kru is a Master of Muay Thai who teaches new generations authentic Muay Thai traditions and techniques.

“My goal is to make the future generation of Muay Thai better than what I was, and to pass on a strong Muay Thai lineage…” -Kru Chris

How to earn the Kru title.

There are different ways a student of Muay Thai can earn the “kru” status.

There are five instructor levels within the World Thai Boxing Association (starting with the most senior):

How long does it take to become a Muay Thai Kru?

Earning the title of Kru usually takes 5-10 years. Ajarns usually have 25-40 years of teaching experience under their belt (or armband).

A lot of this depends on your teacher if they know you can properly demonstrate the standardized WTBA curriculum and can actually teach it.

“The teacher first must feel that a student is sufficiently knowledgeable and technically skillful enough to rise to the level of instructor. If so, a Khrob Khru ceremony is held to publicly announce and promote chosen students who then become teachers in their own right, entitled to pass on skills and traditions of Muay Thai to students of their own.” -Muay Thai, A Living Legacy by Kat Prayukvon & Lesley D. Junlakan

Technical requirements to become an (Apprentice Instructor) Kru under the World Muay Thai Boxing Association are as follows:

Is every Muay Thai Kru also a fighter?

No. Not every Kru has fought. This has much to do with the standards of the organization one is involved with and the Muay Thai teacher that they are under. Kru Chris has participated as a fighter in Muay Thai in the past and he actively trains alongside with his own fighters. His vitae also includes a strong tenure as a professional referee for Muay Thai and Mixed Martial Arts (MMA) Fights for the State of Virginia.

Many legendary Nak Muays don’t hold the title of Kru. John Wayne Parr for example, could be given the title Kru but refuses because his instructor is still living and he isn’t Thai. In Thailand, most Thai Boxers fight to earn money and support family – totally different than in the West where many people choose to pick up Muay Thai as a hobby. [See definition of Nak Muay here: Muay Thai Words and Phrases Decoded]

How different is rank in Thailand?

Muay Thai gyms that belong to the World Thai Boxing Association award students with armbands once they demonstrated not only standardized WTBA curriculum, but they can teach it. Their instructors (Kru and higher seniority) should feel that the student(s) have proven themselves to higher Muay Thai standards. Once a student becomes an instructor, they must attend yearly instructor development camps and continue training with their instructors to continue with their personal development and teaching style. Muay Thai students earn armbands that symbolize rank; colors vary and begin at white, then yellow, then blue, and so forth.

What steps should I take to become a Kru?

First, find out which organization you want to be a part of. If you are in the United States, the World Thai Boxing Association is the largest and is founded by the man who brought Muay Thai to the United States in 1968 so that carries a bit of weight when it comes to credibility. Then, try out a few gyms in your area under that organization and identify one that emphasizes tradition and growth. Finally, live and breathe Muay Thai.

“Those who are intent on becoming professional fighters or instructors, more than knowledge alone, the precepts and ethics [of Muay Thai] have to be an integral part of daily life.” -Muay Thai, A Living Legacy by Kat Prayukvon & Lesley D. Junlakan

If you’d like to learn more about what it means to train authentic Muay Thai, visit T.A.G. Muay Thai gym in Sterling, Virginia. Live far away? Check T.A.G. Muay Thai out on YouTube for how-to’s from the best in Muay Thai.