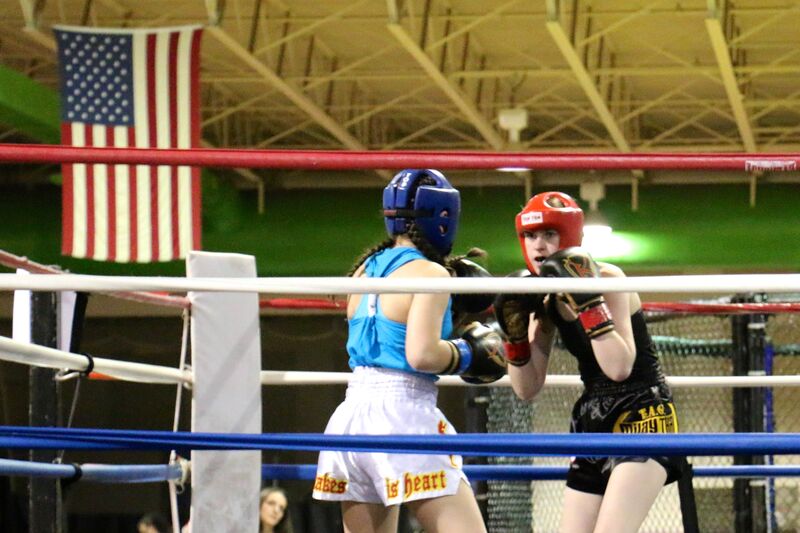 I won’t be surprised when Marie Murphy becomes a successful business owner, a person in leadership, a State Official or even the first Female President.  What she has accomplished in the short amount of time has been remarkable.  Marie has inspired others to challenge themselves not only to pursue a higher level of education, but to be a trendsetter when somebody tells them it can’t be done.  Marie holds a leadership position at her High School where she organized my Fight Gym to come to her school and do a self-defense workshop for young teenage girls during National Sexual Assault Awareness month.  This inspired other women and men in my gym to come forward and request self-defense workshops for their companies, sororities, schools, etc.   More impressively, she was selected to present an essay she wrote on “Women in Boxing” to the United Nations in New York City earlier this year.

Marie Murphy is not just your stereotypical “straight A” honor student, what separates her from others in her class is her passion and desire to do great things.  She was on her school’s basketball team, however, fell in love with Muay Thai and chose training in a male-dominated combative sport of Muay Thai.  Marie has not only shared and educated people that she comes in contact with about the National Sport of Thailand, but she lives it, balances family, school work and life and exceeds everybody’s expectations!  She competed at the WKA Nationals earlier this year and won a Silver Medal in her division, which meant she qualified for the Worlds in Spain.  She received an email with information regarding the WKA Worlds taking place in Benidorm, Spain and I told her that she shouldn’t do it because it’s the “best of the best”.  She agreed and a few months later, she approached me again and said she wants to do it and had already been training the past couple of months.

Marie Murphy can’t rely on her athleticism; she has to train both body and mind at her breaking point to be able to compete at the World level.  She has by far exceeded my expectations, not just because of her work ethic and dedication, but also managing her studies, life priorities and 2-3 training sessions a day.  The journey to get there is more impressive than the fight itself.

Marie broke the gym’s barrier and came back home to us with a silver medal from her K1 division from Spain!  In my eyes as an instructor, Marie is a champion because with odds stacked against her, she went head on and erased all doubts and fears!  A lot of people will tell you Muay Thai is a lifestyle.  Marie is living proof of that, and she will do great things because of the discipline, the respect and teachings of Muay Thai.  Anything less then Worlds next year for T.A.G. would be a disappointment after what she has accomplished.