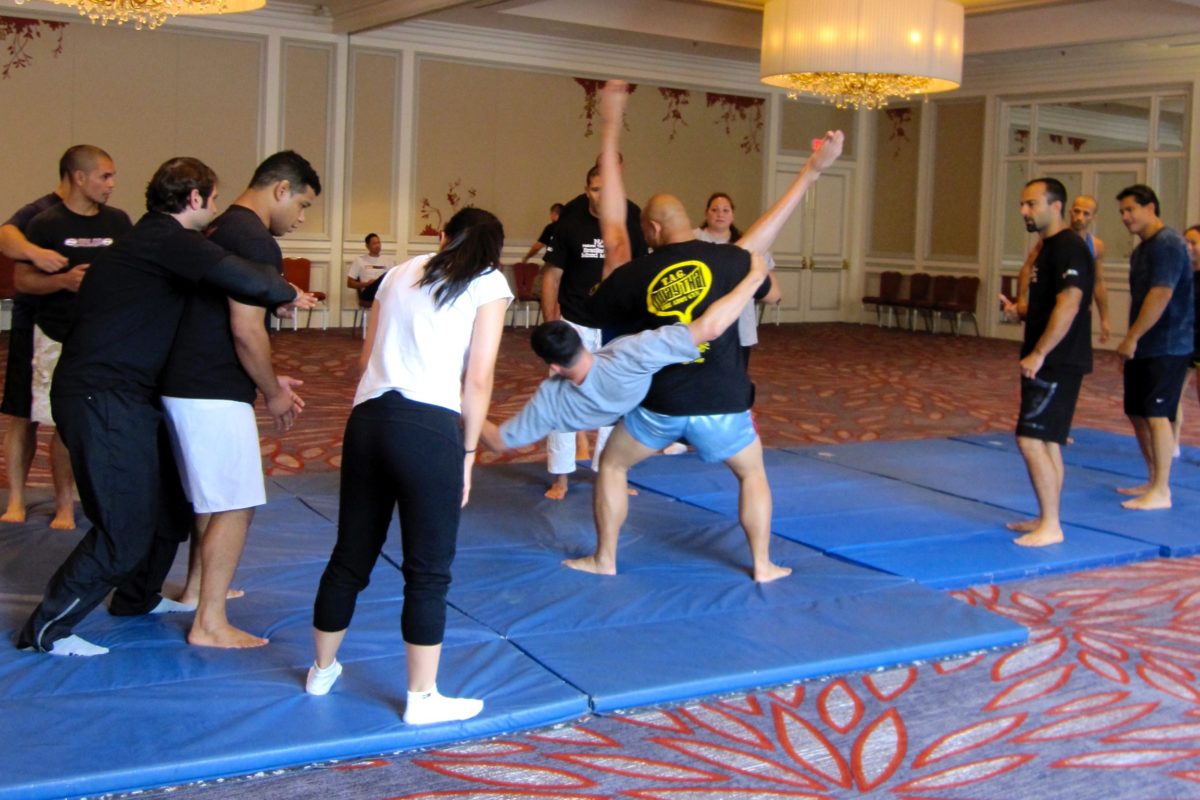 1. Fatal attacks are primarily at the hand of a stranger.

64% of female homicides are caused by significant others or family members. 29% of men are killed by strangers and have a greater chance of a fatal encounter with a stranger than women. (source: gov)

2. The biggest obstacle regarding self-protection is skill.

The biggest obstacle is attitude, will you panic, go into shock, or remain calm and act quickly?

3. You need to learn joint locks.

Joint locks are great for grapplers and MMA fighters. In reality, the last thing you want is to end up on the ground – especially with a stronger and heavier attacker. Focus on striking vital areas while standing and then flee.

4. Goal number one is to inflict pain on your aggressor.

In a life or death situation, adrenaline is flowing and pain is irrelevant. Think of how to cause injury with just one blow. Can you strike eyes, throat, or groin?

5. When in arm’s reach of an attack, retreat.

Contrary to popular belief, when faced with immediate hand-to-hand, you increase your chances of survival if you charge at your attacker with a strike as opposed to backing away.

The fewer and more impactful the blows, the better. Again, when adrenaline is pumping – is has been documented that people don’t even feel stab wounds so a few punches in someone’s arm might not make the life-saving difference. Time is of the essence, concentrate your energy and power for one or a few strikes to vital areas.

7. If ever in a rear choke hold, stomp the feet of your attacker to get away.

Foot stomping is a very bad idea, simply because you could lose your ground. You NEVER want to end up on the ground. [Related: Street v. Sport Chokeholds (and how to escape a chokehold)]

Refer to #5 on this one, as opposed to covering yourself and retreating or making yourself small – attack back!

9. To defend yourself, you need to know complex combinations that take years to master.

You can blind or deafen a person with a pencil and no skill. Learning self-defense from an expert can help you defeat panic mode, think clearly, and act in a life-saving matter. Complex ninja-like moves are totally unnecessary.

10. Martial artists will always win in a street fight.

The only thing true about real street fights and attacks is that they are completely unpredictable. You don’t know if your attacker is emotionally unstable or if they are carrying a weapon. Fancy kicks and backbends won’t get you far in reality. Use the first 5 seconds to cause injury and escape for the best chance of survival. Even a kung-fu master won’t like their ear ripped off (which only requires 5lbs. of force) or a chunk of their arm bit down on.