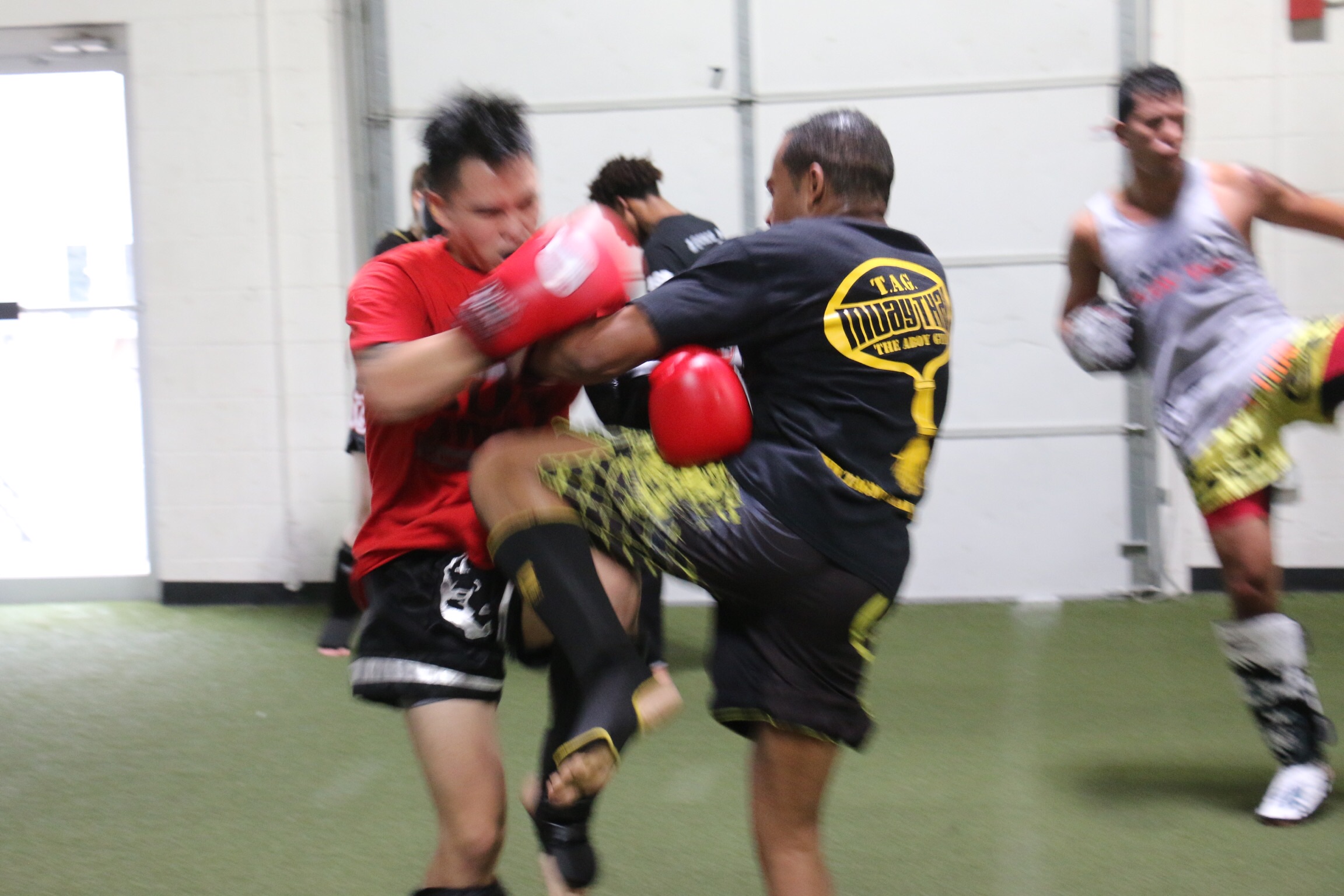 This past Saturday, the “Great” Jason Farrell of Level Up Boxing did it again for the Spar Wars – Return of the G.O.A.T.  This time, he had 8x World Muay Thai Women’s Champion Miriam Nakamoto in attendance at Spar Wars.  With the short notice of this most recent Spar Wars, I wondered if the turnout was going to be strong.  At first, it looked pretty empty once it all got started. However, by the end, it looked like a stronger turnout from the previous two Spar Wars events I had attended!  There were a couple of differences from the previous events, for one – they had referees to help control the pace and the safety of the participants, there were a lot more straight boxers in attendance and the energy was a lot higher than before.  Boxers train a lot different than Thai Boxers and you can see the differences in that their hands were a lot more fluid and had more snap behind it causing everybody to pick up the pace, which really isn’t a bad thing.

The levels of skills vary from the very beginner to the professional level.  Jason has done a great job in getting everybody together from all walks of life to train and help one another improve.  The newer and “injured” participants even had the option of wearing a yellow jersey to signify they are new so don’t kill them, they have a fight coming up and don’t want to get injured or are injured but still want to participate.  Some participants wore headgear, boxing groin protectors, etc, as safety precautions.  One thing I know the owner of Level Up Boxing will do is to have a safety briefing to participate, such as remove all your earrings and piercings.  Spar Wars is an evolving event and safety of participants is key to make it successful.

Each school trains differently.  Some gyms think you need to go as hard as you can for two minutes to improve.  I told my students to avoid those guys or girls.

You won’t improve working with fighters with that big of an ego and will most likely get you hurt.  Save the wars for the ring or cage.

Spar Wars – Return of the G.O.A.T was a great experience for my gym.  I had two new people come out, one has only been training with me for about 3 months and another student who just turned 47 years old this year.  On the way home, he says it was an invaluable experience.  No matter what your age, size, gender, shape, Jason Farrell of Level Up has not only helped the East Coast Stand Up – he leads by action by hosting these events 3-4 times a year!