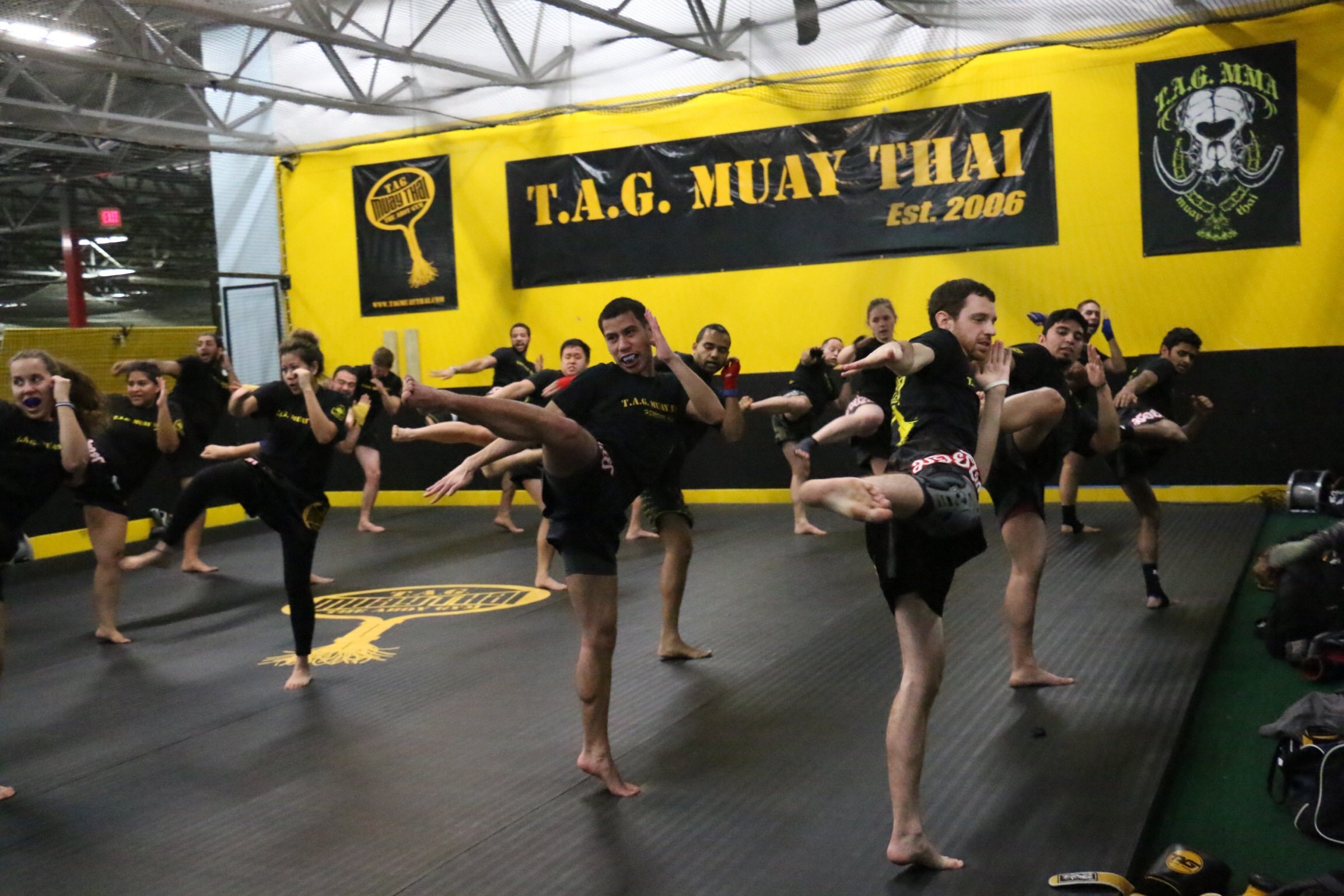 What is Muay Thai?

Muay Thai: What your friends and family should know.

Welcome to TAG Muay Thai’s first ever blog post! It is only right that we cover the top questions members of our gym commonly get from family and friends:– “What is Muay Thai (also known as Thai Boxing)?”– “Am I saying Muay Thai right?”– “Is it like Karate?”

Thai Boxers, share this Muay Thai for Dummies post to give your loved ones the Muay Thai 411:

Correct pronunciation of Muay Thai catches a few people up. However, saying Muay Thai is pretty simple.1. Muay: Say boy, now replace the “b” in boy with an “m”. “Moy” is what you should come up with.2. Thai: Thai as in the country Thailand or how you would “tie” your shoes.3. Muay Thai = Moy Tie! Need to hear someone say Muay Thai? Play this 5 second clip.

No. Both are forms of martial arts and focus on stand-up style fighting but the stances are different. Muay Thai fighters also hold their hands higher for fight positioning, use clinches, and strike with both knees and elbows in addition to punches and kicks. One important thing to remember about karate is that “karate” is an umbrella term used to describe different forms of martial arts that originated in Okinawa, Japan with some Chinese influence. Muay Thai emanates from Thailand.

How long has Muay Thai been around?

Scholars debate the origination of Muay Thai due to a history of widespread war and conflict in the Burmese region of Southeast Asia. Most combat historians agree that Muay Thai has been in existence since at least 2nd or 3rd BC. However, it wasn’t until the 1930’s that Muay Thai was introduced to the sporting world with regulations and codes of conduct. [Related: History of Muay Thai]

Why is Muay Thai unique?

Muay Thai is known as the Art of Eight Limbs because fighters employ the use of their fists, elbows, knees, and feet for destructive strikes. Thai boxers use their forearms and shins as human shields, effectively turning the body into one devastating weapon.

Distinct Muay Thai moves include the cartwheel kick, tiip, elbow strike, knee, and low kick in which the shin delivers a low kick that can make the opponent feel as if they’ve sustained a baseball bat-like blow. Muay Thai fighters are always looking for weaknesses in their opponents and are capable of inflicting serious injury.

Even as a beginner training in authentic Muay Thai, training is cardio-intensive. If you are taking a class under the instruction of Kru Chris, slacking off is not an option. Conditioning will include plenty of burpees along with technical strikes and sparring. Respect, discipline, spirit, heart and a willingness to learn is a must. [Follow TAG Muay Thai on Instagram for an insider’s look at the gym @tagmuaythai]

Congratulations, you know some Thai Boxing basics now! The best way to learn more about Muay Thai is to find an authentic Muay Thai gym in your area. Visit the gym, speak with the Kru and expect your training to be as rigorous as it is rewarding!